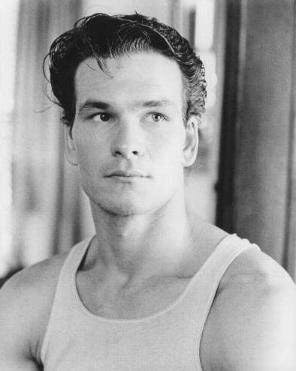 Like many Jewish men today, I was born with a penis between my legs, just above my testicles. Despite this being very common, the doctors and my parents were lost for words when they saw my tiny baby penis. Why? I was born with a very rare condition - Blanket Foreskin.

It has long been suspected that many thousands of years ago foreskins were a lot bigger, big enough to completely wrap around a man and his mate during the coldest of weather. Women would seek the man with the greatest foreskin in order to survive the harsh winters. After learning to create blankets that weren't made from foreskins, we no longer needed such crude genetics and our beloved evolution threw it away. I was a throwback to a golden time.

The day of my circumcision arrived. The mohel tore off my trousers and with a sharpened blade in his hand he let out an almighty gasp. "I cannot do it." he cried. For half an hour he explained that clearly my foreskin was a gift from God. Such a beautiful thing should not be cut away and thrown to the wolves. It made him rethink his entire career (a month later he became a tennis player, but with little success).

So that was that, there I was, a young Jewish boy with the world's biggest foreskin. News soon got out and scientists, wise men and Hollywood executives came knocking on my parents' door. They all had their own idea about what should be done with my "gift". There was talk of a reality tv show, but this was long before The Osbournes or The Hills. It just didn't seem like good tv to my mother. "Who would watch it?" she asked. A few religious nuts suggested throwing me into a volcano as a sacrifice to the God of the foreskin, but my father informed them that no such god existed. One rich businessman offered ten million dollars to buy the skin, because he wanted to turn it into a belt for his wife. All in all, they were terrible ideas.

A few weeks after the knocks stopped arriving at our door, someone rang the doorbell. It was Patrick Swayze. He was 14 years old. There was no time travel involved, this was simply the past and he had yet to reach a greater age. My mother led him into the kitchen, where he said these exact words: "For too long the penis has been seen as a weapon towards women. I think your son could put an end to that." Before my mother could ask him how, he'd already pulled out a set of blueprints and spread them on the kitchen table. His idea was simple, abandon the dagger like symbology of the penis and turn it into something greater - an umbrella. "What a great statement to make." he said "On a rainy day, you tell a woman that she can stand under your umbrella, which is also your penis, it will shield her from harm. It is the great protector."

His drawings were basic, but his idea was not. After bringing in a specialist from Germany to make Swayze's dream a reality, my foreskin was transformed into an umbrella, using various rods and wires. It would be 12 years before my first erection, but on that day my penis became a thing of beauty, it opened up and stopped the rain falling on my head. It was the 60s and it sent out the greatest message of love the world had ever seen. Forget Woodstock, forget LSD, my penis had brought a generation of people together. "Come stand under my umbrella!" my t-shirt would say and that's what people did.

Unfortunately the 60s didn't last forever, they were quickly swallowed up by the 70s. The world was becoming a darker place. Pretty soon is was the 80s, the most sinister decade in human history. It was like people could sense the coming of the Internet. I was once the poster child for innocence and love, but now, although I hadn't changed, I could no longer walk down rainy alleyways at night asking women if they wanted to stand under my umbrella, because the times would not allow it.

I moved to Egypt, the country with the lowest annual rainfall in the world, a place where no-one knew my name. I hung up my umbrella forever. My penis had failed to spread love to the world, failed to put women at ease and show that a man could be sensitive and strong at the same time. But Swayze did not fail, through his movies like Ghost and Dirty Dancing he showed that even the most masculine men can be tender. Whilst Christopher Reeve was tricking the world into thinking that a man could fly, Patrick Swayze was making us believe that a man could cry.

He was a beautiful man, with a good heart and I will miss him.
Themes: Foreskins, Patrick Swayze, Penises, Umbrellas