Apple has put an end to weeks of speculation by unveiling its latest cutting edge device, which it has called the iTomb. 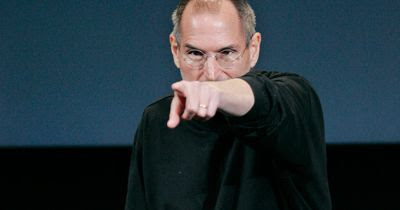 Industry watchers say Apple's long-awaited "cool death box" could reverse the fortunes of burials after a massive shift towards cremations in recent years.

The device, which looks like a large plastic box, but with rounded corners, can be used to watch films, play games and browse the web.

It also includes the firm's iTunes software built in, which will automatically purchase songs for all eternity, leaving the deceased up to date with all the latest trends in the music industry.

Protesters at the announcement were not happy at Apple's "full control" of the religious software, which only allows the burial to be carried out according to the customs of Apple's own religion, which is that of the Devil.

The lack of a camera, video output, USB or firewire ports, multitasking or enough room to house the deceased's body in one piece has left many tech reporters unimpressed, but Apple have responded by saying "It doesn't really matter, because the person will be dead."

The iTomb goes on sale this full moon in the US and the following Friday in Europe.
Themes: Apple, Coffins, Steve Jobs